In honor of Shelter Appreciation Week, CATalyst Council is celebrating the shelters that we have worked with on the Catalyst Connection: Forever Homes, Forever Health program.

Catalyst Connection strives to bring together communities in the name of pet health and welfare. Our program connects adopters, shelters, and veterinary practices to ensure newly adopted pets receive a connection to life-long preventive care. The Buddy Center has been piloting the program, which has helped pets benefit from the connections that were made across the community.

To learn more about the Catalyst Connection program, visit our website.

Murray, a young British shorthair cat, was one of the longest-stay cats at the Dumb 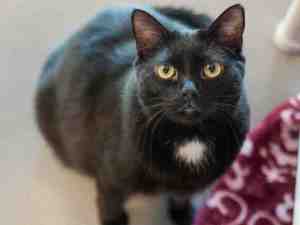 Friends League Buddy Center. Prone to overstimulation, Murray had been relinquished due to aggression. The behavior specialists at the Buddy Center enrolled him in several programs designed to provide mental and physical stimulation, as well as anxiety reduction. They worked with Murray on clicker training, provided play therapy and kept him engaged through periods of anxiety and depression. After six months in the Buddy Center’s care, he was adopted by a woman who received advice about interacting with Murray and helping him adjust to his new life. One month later, she reported that Murray was settling in nicely and doing well in his forever home. 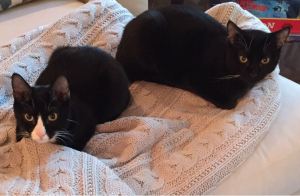 Crawley, a 1-year-old domestic shorthair, was relinquished to the Dumb Friends League Buddy Center when his owner could no longer care for him. He was fearful and shutdown at the shelter, so our staff enrolled him in a behavior program to help him gain confidence and find a new home. After several days of working with Crawley, he began to come out of his shell and relax in his new, temporary environment. He caught the eye of Darcy, who originally came to the shelter to adopt another cat she had seen on our website. Instead, she connected with Crawley, and they went home together that day. In Darcy’s own words, “He was timid at the shelter, but made himself right at home with me. As the weeks went on, he continued to come out of his shell. He’d meet me at the door when I came home from work, followed me around, slept curled up next to me, and watched TV with me purring on my lap. Crawley is a very active cat and loves to play. I had a hunch he’d enjoy having a feline friend, but my friends and family warned against it. They said cats don’t need company, they may not get along, etc. Luckily, I didn’t listen.”

So Darcy returned to the Buddy Center in search of a playmate for Crawley. She found Rex, a 10-month-old kitten, who was the perfect addition to the family.

“It seems like they’ve been with me forever,” says Darcy. “I cannot imagine my life without them! I’ve struggled with health issues for many years, and Crawley and Rex are not only sweet and entertaining, but they are truly therapeutic. Some friends say I saved them, but the reality is that they saved me.”

For more information about Dumb Friends League and The Buddy Center, please visit their website.